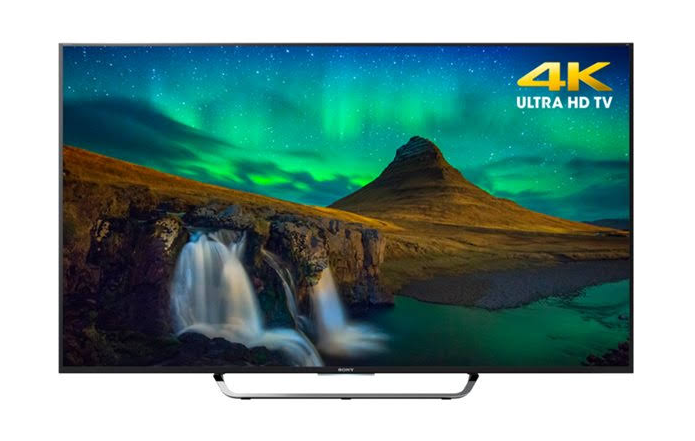 Hey Everyone, I just wanted to quickly review a new TV which I purchased recently through Amazon. It is the Sony Bravia XBR-65X850C 65-inch 4k Ultra HD 3D LED TV that just recently released during this month. I wanted to just give a few shout outs about some very specific pros and cons that other sites don’t really capture. For anyone out there that is planning to get this TV or any of the new Sony 2015 sets see below:

PROS:
Controls a PS4 pretty well with both the included touch and normal remotes via Sync!
A smarter interface with Android OS and built in Google Cast to output stuff from your mobile device.
Wireless AC compatible for that good wireless speed with the newer AC routers out there.
<insert usual looks great, contrast ratio, motion, etc, etc.. that most people already covered>

CONS:
It took nearly an hour on the initial download and update!
Darker corners about 1-2inches each end despite changing brightness and display settings.
Discolorations along left and right edges.
Harmony Ultimate Home, and most likely all Harmony devices cannot properly switch HDMI inputs on this bad boy. (HDMI 1 & 2 both point to HDMI 1, thus HDMI 3 goes to HDMI 2, etc… leaving HDMI 4 in the void)
Hiding cables is impossible due to the base being so thin. If you are not mounting this, prepare to see at least two cables going from behind the TV(power and HDMI).
Many features and buttons are missing content to go with it. One says software update is needed, but I am already fully updated according to the TV. No Playstation Now/Netflix/Etc just yet despite it being the main advertised features.
It doesn’t come with even one pair of 3D glasses or even a physical instruction manual, that is a bit annoying but minor.

Conclusion:
Overall, the TV is good for the price($2600~ before tax) and the PRO of the PS4 control is an added asset that won me over. The biggest issue for me with the Harmony remote is also being addressed as I am currently feeding info to Logitech on how the inputs work on the TV. I just upgraded from the 52 inch Sony XBR 3 from many years ago and have found it to be just as great and better with 4K and 1080p content. So if you own a PS4, cannot stand curved screens, and cannot wait for 4K/OLED to settle a bit… then this mid-range TV from Sony is right up your alley.

Below is a real world visual taken from a dusty iPhone 5S in my living room with lights on watching an Amazon Instant Video of Hunger Games: Mockingjay Part 1: 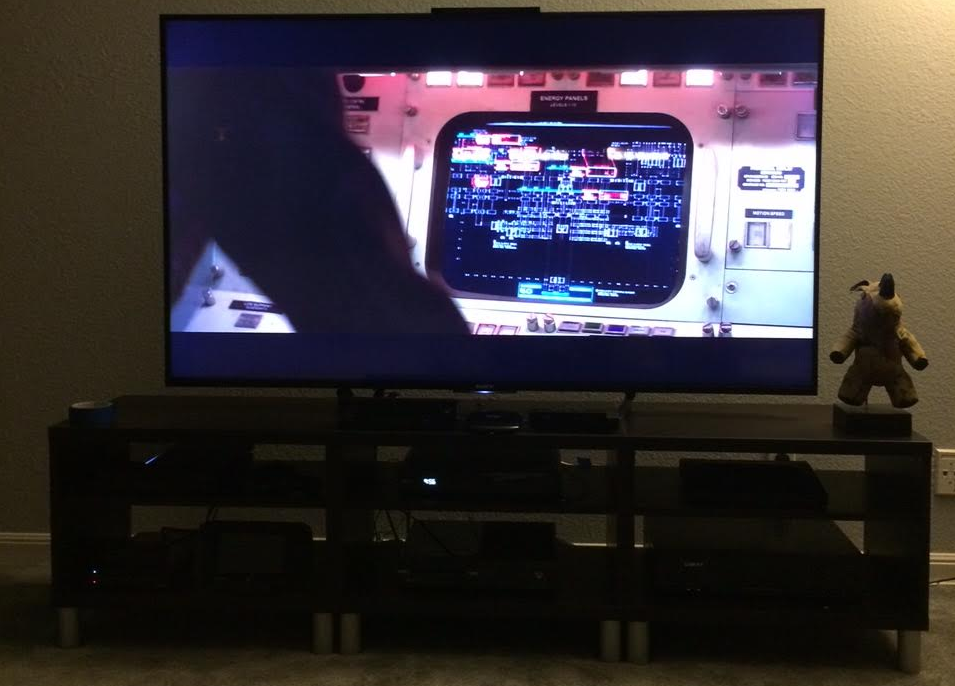