HI GUYS. SORRY FOR THE HAITUS. I HAVEN’T REALLY HAD GOOD INSPIRATION TO WRITE LATELY. I KEEP STARTING TO WRITE THINGS AND THEN ABANDON THEM AFTER A FEW PARAGRAPHS. ANYWAYS. TODAY I’M GONNA TALK ABOUT A TREND I’VE NOTICED IN THE SILICON VALLEY THAT I THINK IS UNIQUE TO THE TECH CULTURE IN THIS AREA FOR SOME CERTAIN SPECIFIC REASONS THAT I’LL GET INTO. ALSO, THIS IS LIKELY GOING TO BE REALLY RAMBLY BECAUSE…. BECAUSE.

The trend I’m talking about in this instance is the risk-taking culture on hiring people for new, smaller (read: start up) companies. Why do I think this is specific to the tech industry? Well, for a few reasons.

Demand for employees are high, especially in newly well-funded companies

So what’s up about this? Well, if you’re a new tech company that just got funded a few million or so, you’re going to be really excited to hire new people. Some of these companies are so new that they don’t really know what exactly they’re hiring for other than they have ideas of what they want to hire for. So they’ll go, hiring people who seem like a good fit. This just generally is the trend for start-ups after they get funded. This isn’t quite a huge or new point. Just stating the obvious.

As a company grows and new roles are needed to be fulfilled, there’s going to be a need for new roles that you hadn’t quite thought of before. Like, will you need a project manager? Isn’t that the same thing as a product manager? How would you split those tasks from such a small company? What about a front end engineer and back end engineer? Couldn’t you just hire someone who could do both? Ultimately, once the work load for any position crosses a threshold, you’d most likely want to hire someone to lessen the work burden. Additionally, if the company proves successful, you’re going to want to hire Marketing/PR/UA/Sales/specific roles that a 5 man team can’t really do in a growing company. There’s only so many hats one person can wear before dropping them when a breeze comes by.

If you’re in a really cool space doing some cool work, you’re going to find people who are interested in what you’re doing even though they have little related experience. Would you rather spend a lot of money on someone who has 5 years experience in the field but doesn’t really care about the work or someone who is really interested in the work, the role, the company, and only has maybe half a year experience but sounds like they could really add value in the ever-changing company at $20k (or even, more) less per year? The location of Silicon Valley is also pretty nice too- you’d end up getting a lot of transports from all over the country in lesser-heard of states moving to this area for a job in a really obscure and brand new start up because they’re generally cheaper and really willing to come to California where all the girls wear daisy dukes and bikinis on top. Cost of living and wages are generally way lower where they come from so when they hear of their starting wage here at a tech company, they’d be really willing to pack their bags and come over here… usually until they understand how expensive the living costs are here.

I’ve also learned, in my past few years working in this space that employers don’t really care about loyalty very much. I think this is also a legacy mentality that is a welcome change. I’m generally amazed when people spend 5 years or more at one company since the mentality in this area is to work for a few years at a company and then move on to a newer company for higher pay and a better job title. It’s better to be in front of your job security than be behind it. When you hear of stories where people are at a company for 20+ years and they get laid off, where’s the loyalty there? Likely there isn’t any from the employer – and likely the employer is hiring new, younger staff while laying off the older ones. Sorry- tangent! But in any case, because the tech industry moves quite quickly and can be unforgiving if you can’t keep up in your new role. They’ll be pretty quick to fire you if you make a mistake and they’ll also be pretty quick to hire someone new to take your place and if you were a cheap hire in the first place, it really is more like they took a trial with you for a few months and decided you weren’t a good fit (which is a good policy to have instead of being permanently stuck with someone you don’t have absolute confidence in).

In a slightly related yet unrelated tangent – I feel that this mentality to butterfly to companies every year or so is pretty encouraged in this particular industry both by employers and by job seekers. I haven’t so far ever had potential employers ever interview me and ask why I’m looking for a new job after less than a year at being at a particular company though honesty is always a bonus. If you’re just interested in what’s out there or interested in looking into another industry, they’d probably understand – or if you’re looking for a new challenge as well. I have a good friend who used to butterfly to new companies after a year of being at a company and he ended up with pretty significant paycheck bumps with each move he made and also kept moving to better companies with better benefits and with better job requirements which he ended up enjoying.

In my personal experience, I’ve found that two companies, both small-ish start ups took pretty big chances in hiring me in fairly bumped up job positions because I was passionate in the space and I seemed competent and ambitious enough to do well. But I’ve also started in two companies under a trial run/probation period of 3 months. And the interesting cool thing about this industry is that they can do it! So if you’re ever thinking about a career change or taking a jump to a slightly related but also kind of unrelated field that you’re passionate about and are constantly pursuing in your free time, JUST DO IT! It doesn’t hurt ever to apply and show your interest because you honestly never know what may happen in this industry.

TL;DR: IF YOU WANT TO TAKE A CHANCE, JUST DO IT BECAUSE THE BEST PLACE TO DO IT IS IN THE TECH INDUSTRY OF THE SILICON VALLEY AND ESPECIALLY IN START UP COMPANIES. JUST KNOW THAT YOU ALSO HAVE TO BE COMPETENT AND PASSIONATE ENOUGH BECAUSE THEY’RE TAKING A CHANCE ON YOU AND YOU’D HAVE TO BE ABLE TO STEP UP AND DELIVER.

QUESTION TIME! WHAT ARE YOUR THOUGHTS ON THIS? DO YOU FIND THAT THE ATMOSPHERE OF THIS INDUSTRY/AREA IS NOT WHAT I DESCRIBED? HAVE YOU SIMILAR EXPERIENCES? :> 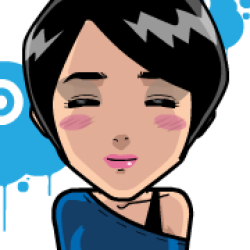 Ellie is a person that dabbles in occasional writing. Raised in Silicon Valley, she enjoys some things tech, food, and gaming. She likes playing League of Legends, creating psychopathic serial murdering Sims in Sim 4, and concerts. She has also been extremely fortunate in her career and works in the mobile gaming industry in San Francisco.