Happy holidays everyone! I wanted to squeeze in one last article before the year ends so here it is!

Recently I attended the Playstation Experience 2015 event at the Moscone West in San Francisco. One of the biggest attractions to me this time around was to try out Project Morpheus or now known as Playstation VR. I was determined to wait in line and make it happen. To be honest virtual reality to me was another type of pipe dream and I did not believe in the technology. In my head I thought about a glorified Virtual Boy 2.0 or something of that sort. Boy was I wrong… Playstation VR was pretty amazing and the game that captured my belief was RIGS Mechanized Combat League.

Below shows an official picture taken of me as part of Team Dynamos: 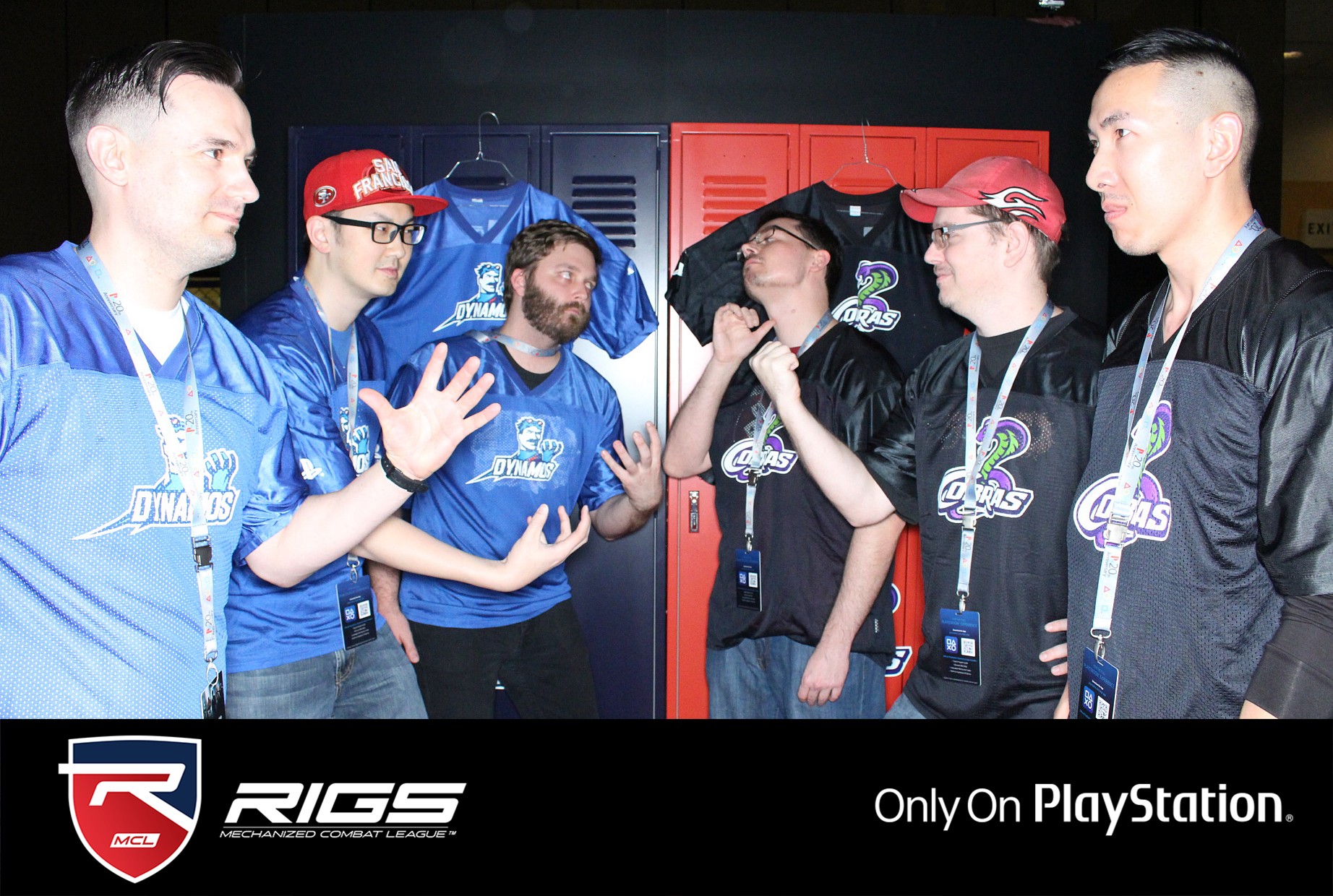 The game was super intense due to how realistic it felt with the Playstation VR. I remembered how my heart was still pumping hardcore from adrenaline rush of battle. This is how the setup looked like from the line: 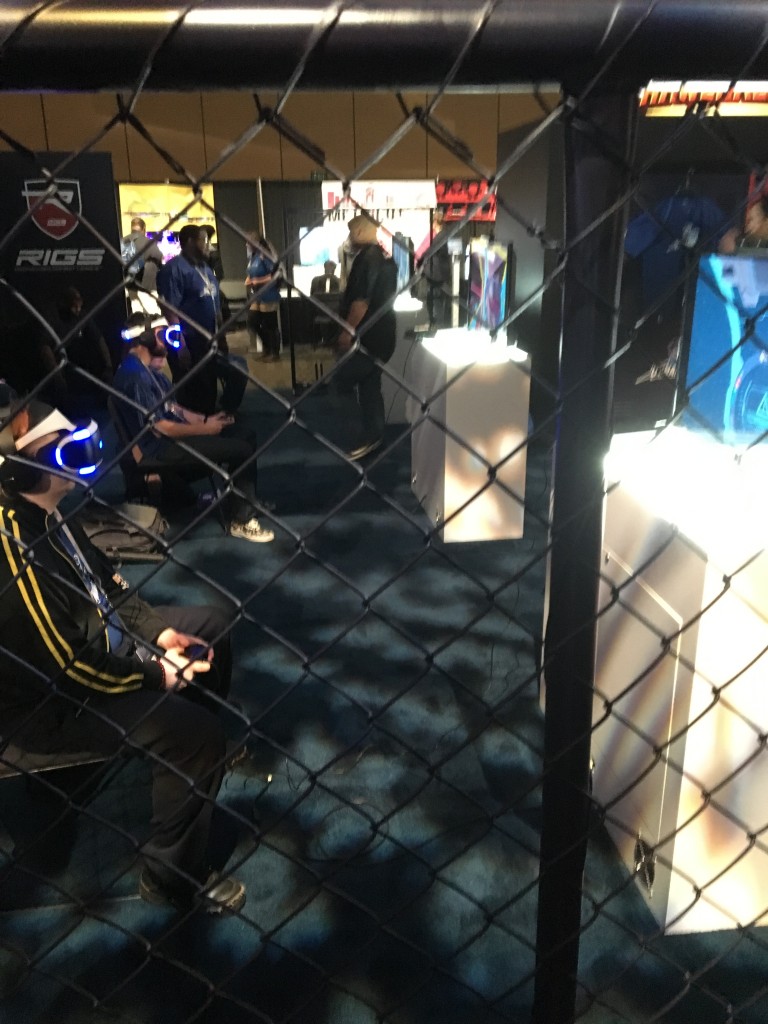 The people who gave the demo of the game actually brought us to a briefing area much like laser tag joints back in the 90s: 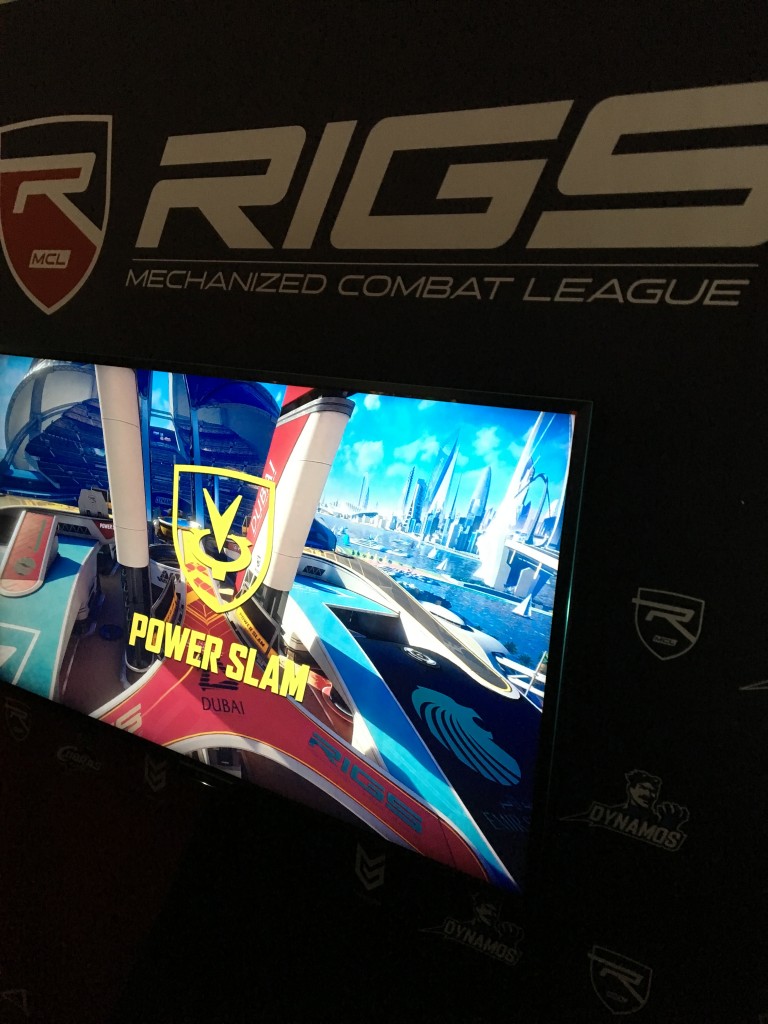 The game mode we played was called Power Slam. It basically works kind of like a rocket league type of game except you are the ball. You basically can reach a gold limit break mode by killing or picking up orbs. Once in that overdrive mode you are able to jump into the hoop like structure in the middle of the map. Doing so is the only method to score a point. Players can shoot or melee you out of the hoop midair so basically there are a lot of strategy involved.

Lastly, is a picture of me waiting for my turn to whoop ass! I piloted the Crowd Control mech for team Dynamos. There seemed to be 3 types of mechs for team Dynamos and each worked a bit differently with their movement/jump moves. My guy is able to levitate so I would not need to jump off a ramp to score, instead I can just hover into the scoring hoop when time came. 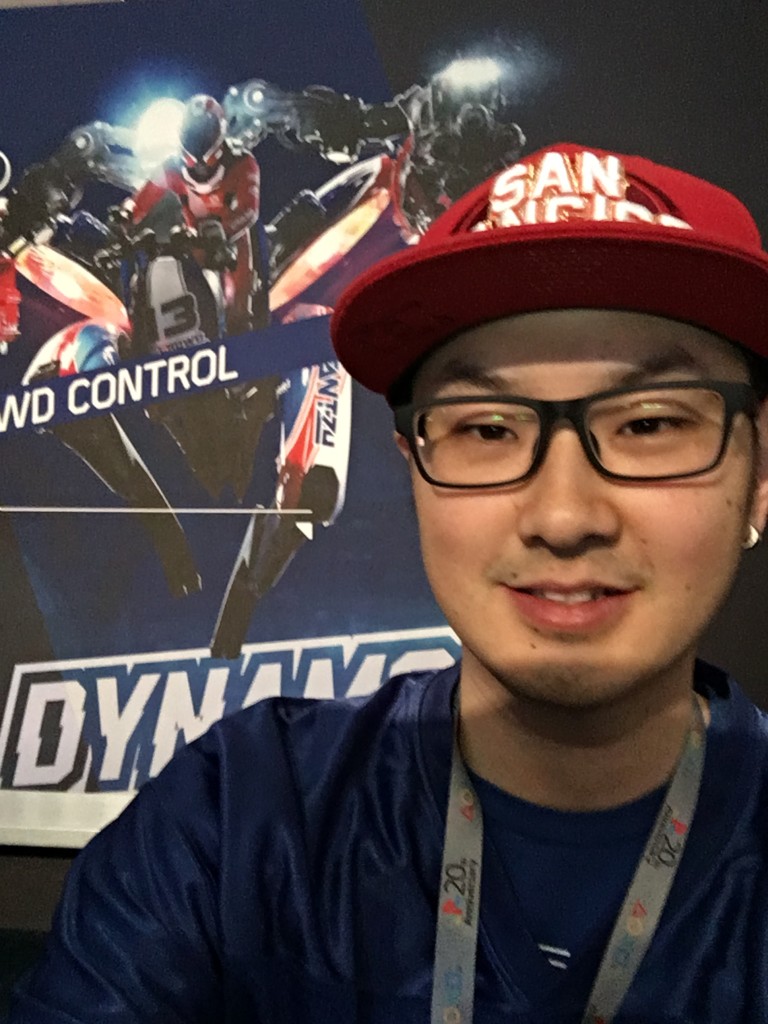 RIGS and particularly Playstation VR opened my eyes to Virtual Reality capabilities. I am sold on Playstation VR and can only imagine how cool a Sword Art Online MMORPG would be in VR.