A trip through memory lane is one thing, but this is straight nostalgia for the great people that built up Old Kakariko. Roophio has been hard at work @ Ramin Corp. bringing back Old Kakariko with the FTB Monster modpack that Macfoo raves about. Just look at the awesome overhead view of this vast village of Kakariko that was created by DREAMPIECE members: 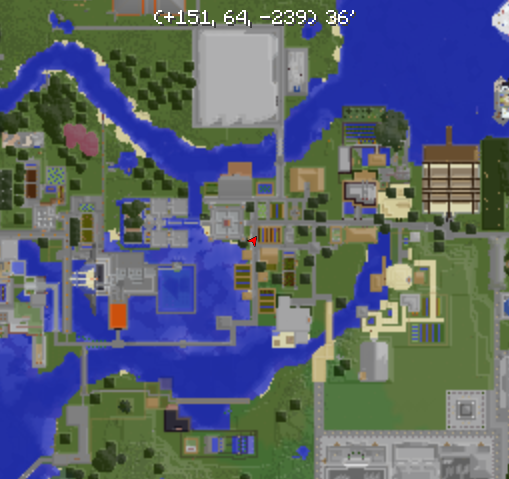 For those that wish to play Minecraft in Old Kakariko on this new FTB Monster modpack please follow the instructions below:

3. Enter http://www.technicpack.net/api/modpack/dreamonster into the dialog box and click Add Modpack

4. Now that FTB Monster is available select it and hit PLAY. 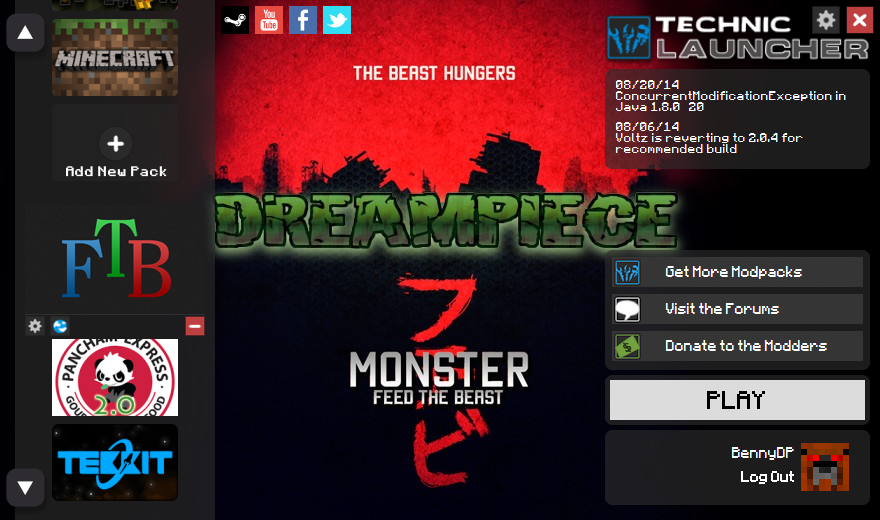 5. This portion now takes a good while to update and load the mods. I estimate a few minutes for the game to fully load. Some may crash at this point if you have problems here try the following:

a. Open the launcher, click the settings button on the top right, and allocate at least 3GB of RAM. 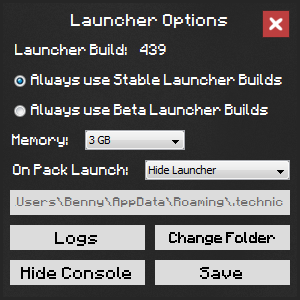 b. Java versions either out of date or using Java 8 crashes the game. To fix this, uninstall Java 8, because the latest version of it does not work with the game. Install the latest Java 7, and delete older versions. I currently have the following Java versions installed:

6. Once launched and you are in Minecraft, enter the Server Address and give it a name.

7. Finally, get yourself on the whitelist by contacting Roophio or myself by leaving a comment below!

Those that are interested in the story of this Kakariko can read more below:

THE PRESENT STORY OF KAKARIKO

Old Kakariko used to be a lively place where people went about their daily routines. There were times of great fortune and harvest, and there were some not-so-great times, but life went on.

In lands far, far away, a crisis erupted. Several economic markets, manipulated by thieves and tricksters, tumbled to the ground. People in these distant places lost their jobs, lost their homes. But because Kakariko was such a small and remote town, one would think there couldn’t be any impact. Unbeknownst to most, a major corporation operating in Kakariko was heavily invested in global affairs. When the world economic powerhouses fell, so did Kakariko.

Kakariko’s abandonment was actually quite convenient, for right after came the Great Fissure of 2012. Some say portals from other universii(sp?) popped open around town and slowly, but steadily, changed the world. Most of the town was unharmed due to our close ties with a nearby village. We protected their villagers from zombies and creepers so they repaid their debt with a protective blessing from their shaman, Muushuu, supposedly encapsulating the town in an invisible magic-repellent barrier.

Sadly, the nearby village was destroyed in the quake. Their shaman had forgotten to protect their own village because the townsfolk of Kakariko were their protectors. And with the Kakariko townsfolk gone, the village stood no chance.

The tremor brought nearby landmasses closer, pushed others farther, and created sheer vertical cliffs. But all hope was not lost as even in the most harshest environments, great and beautiful creations tend to thrive. New lifeforms, vegetation with appetite for the skies, and new riches in the earth now inhabit the lands.

One, two, a few more wanderers reappeared in Old Kakariko. There’s plenty of resources scattered around, so it is not difficult to begin where one left off. As stated before, most of the town was unharmed. But as of now there are no laws regarding security of property nor safety of life. It is not inherently dangerous, but also not completely safe. The town’s status very much depends on the people who establish culture first.

So will it be peace and prosperity for all, or chaos and havoc to the world? The fate of Old Kakariko lay in your hands…

Special thanks to Roophio, Ramin. and Frogurt who both spent a huge amount of time introducing this game to everyone including myself. 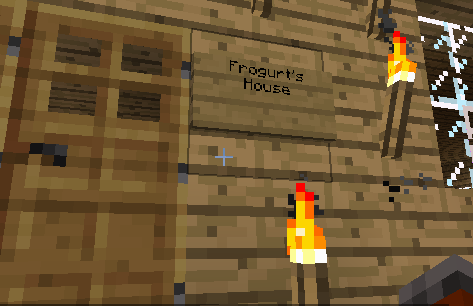