One Meta Knight Short of Awesome

One Meta Knight Short of Awesome

Hey Everyone! It has been a LOOONG time since my last post and I am truly sorry! I have been on a work vacation around Asia(Beijing, Taipei, and Tokyo) for the past two months with spotty internet. I will make update posts for those adventures once I get a bit more time. Now that I am back in the USA, I want to touch on something that is very important… Nintendo’s Amiibo especially Meta Knight! 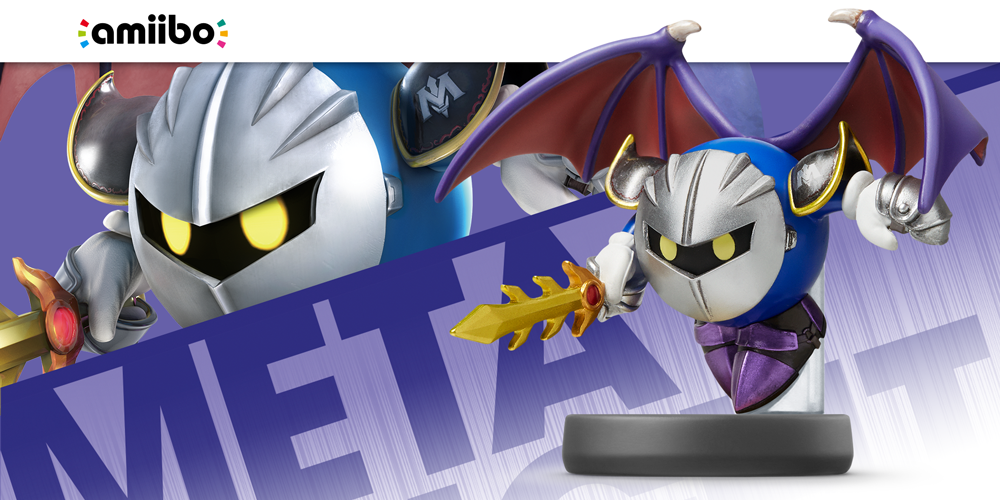 For those who don’t know, I have been drooling about Amiibo figures even months before they were even up for pre-order! Because of my Asia trip, I did miss out on grabbing the Four Amiibos which til this day I am unable to complete in full. The above rap video basically illustrates my current frustration. Here is the short story of my quest for the Four Amiibos:

Lucario
Origin: Pokemon
Status: Acquired through Toysrus online pre-order after a scary cancellation email and failing to secure the EU version from amazon.fr thanks to the West Coast Port Strike. Picked up 2x one for a little less due to the promotion they ran. 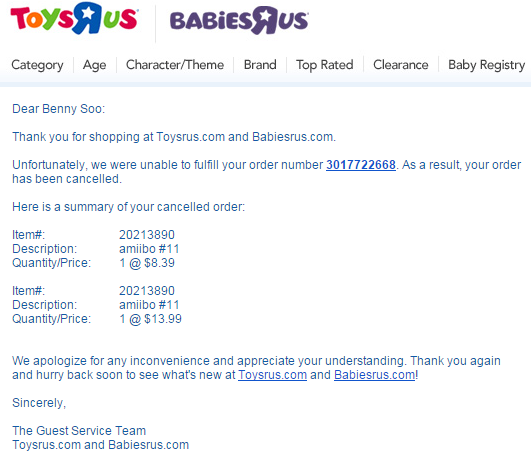 Rosalina
Origin: Super Mario Galaxy
Status: Acquired through eBay for $35 USD after failing at a mission to Target in Serramonte due to false information using brickseek… 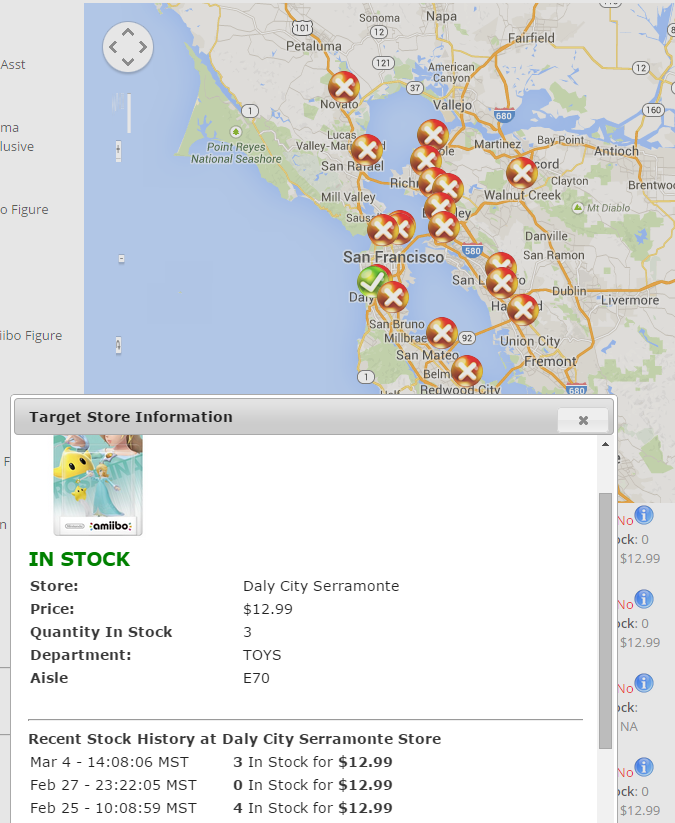 Shulk
Origin: Xenoblade Chronicles
Status: In transit via an amazon.com seller thanks to coworker/friend Alex. $30 USD. Had troubles confirming rumors about being able to pre-order them for a May re-release at Gamestop. My local Gamestop doesn’t know how to allow me to pre-order… sadly but maybe you may have luck at your local Gamestop! Even NYC Nintendo World was supposedly carrying these so this may be one of the easier to catch amiibo. 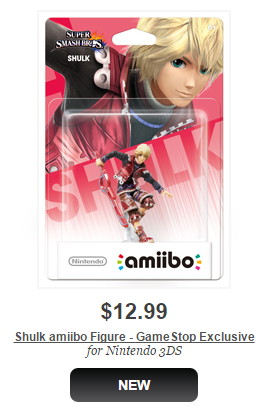 Meta Knight
Origin: Kirby’s Adventure
Status: In pursuit. The holy grail and the last piece of the puzzle for my Wave 3 collection. Many Best Buys were targeted and none had them, but I did get a hold of a Majora’s Mask Collector’s Edition to salvage the attempts. 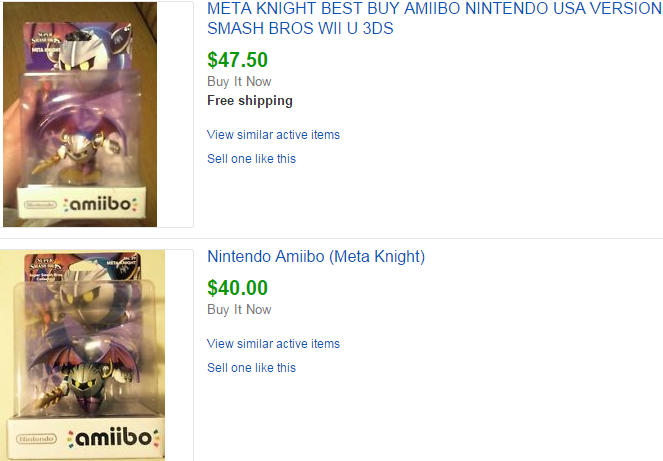 With the Meta Knight example above… a quick note to those who don’t know… there are 3 different types of Amiibo that you can correctly acquire:

So if you pursue the purist of the collections then make sure you are getting the right one to complete your set. A Japanese Meta Knight sticks out like a sore thumb in a sea of US versions. I had my chance in Akihabara to pick a Japanese Meta Knight up for $17, but now I regret not making that purchase.

Anyone still seeking Amiibo here are my extras I have for trade in search of the Meta Knight that I am lacking:
Mario, Peach, Zelda, Sheik, Donkey Kong, Bowser, Lucario, Mega Man, Fox, Yoshi, and if my pre-order doesn’t get cancelled a Gold Mario.

Lastly, another tip for those seeking Amiibo… Wave 4 pre-orders can come out at any time so it may be wise to lock in on this Amazon page and check it from time to time or use a tracker website like Nowinstock.

Thanks for the help everyone!