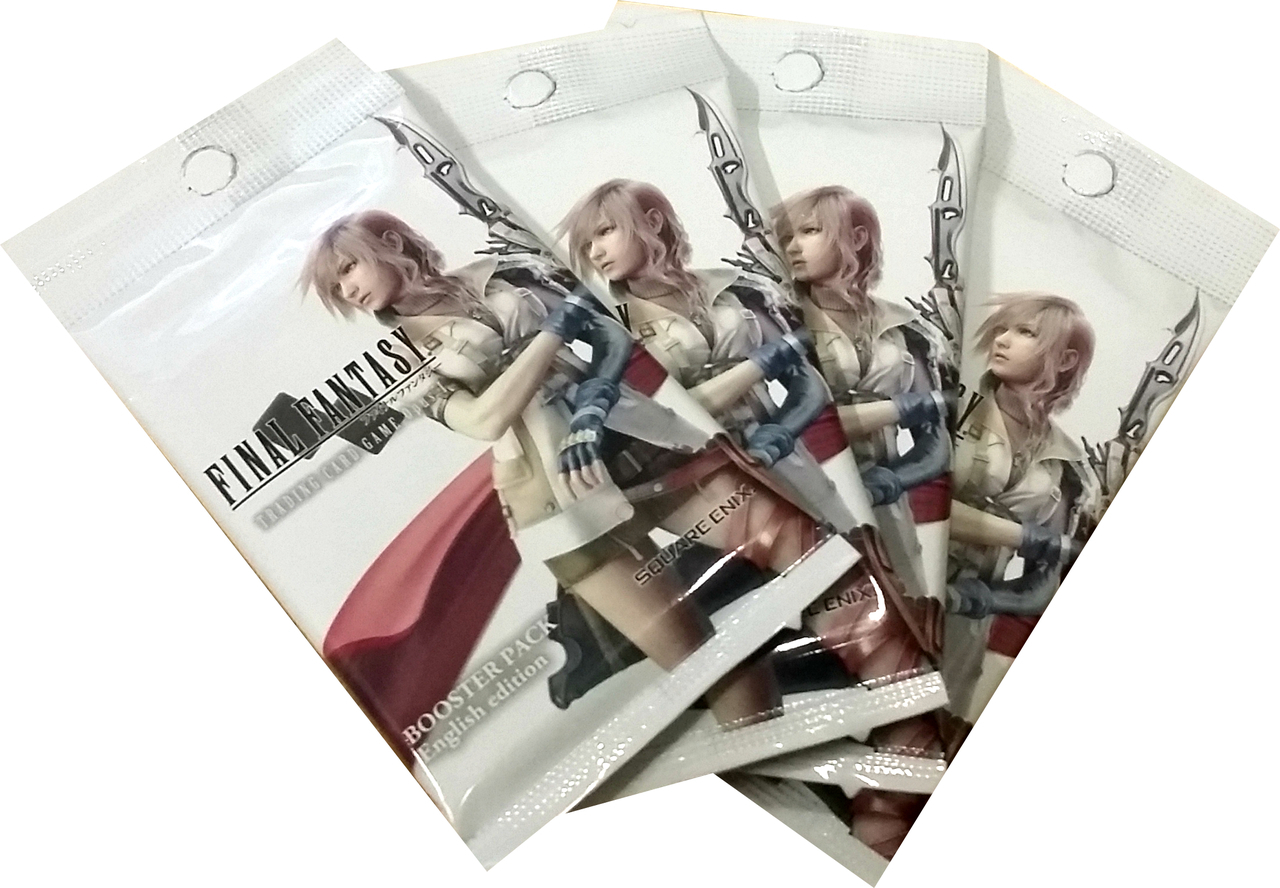 Today I wanted to give everyone my little run down of Final Fantasy TCG‘s draft format. The limited draft format is a fun way for players to play in a pretty fair environment! The cost of entry is pretty low usually $16-$25 and you get to keep the cards you draft! *AWESOME* I am going to give some of my advice and pointers that can help you out if you have never drafted before. 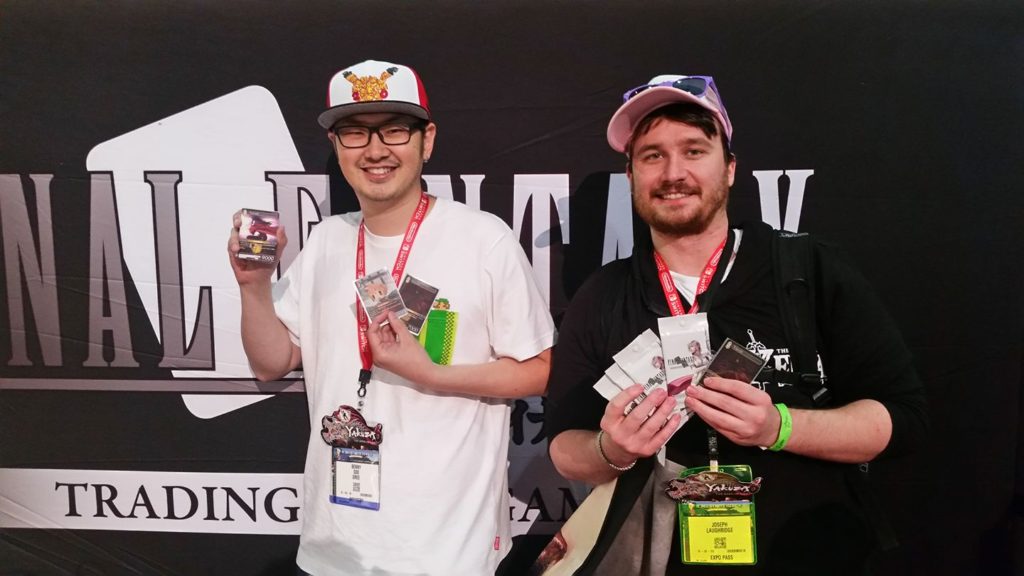 UPDATE: In the image above is a picture of me on the left winning the Final Fantasy TCG E3 Draft Event in Los Angeles on June 15th 2017. So to give this guide a little more credibility… I actually followed my own advice in the draft where I won!

UPDATE 2 – 8/3/2017: There was some newfound information about how Backups can be played with any CP from Final Fantasy TCG North America. This conflicts with GTS’ current rules, but Final Fantasy TCG North America insists that they will be enforcing the Simplified Sealed Backup rules going forward. This has held true at E3 and SDCC 2017 so I have added the new information in the rules below.

UPDATE 3 – 10/7/2017: I was able to take 2nd in one of the Final Fantasy TCG Draft events at the NA Championships event. My local fellow draft master comrade, Peter Wong, took home 1st in another Draft event so we did NorCal proud… in limited :) 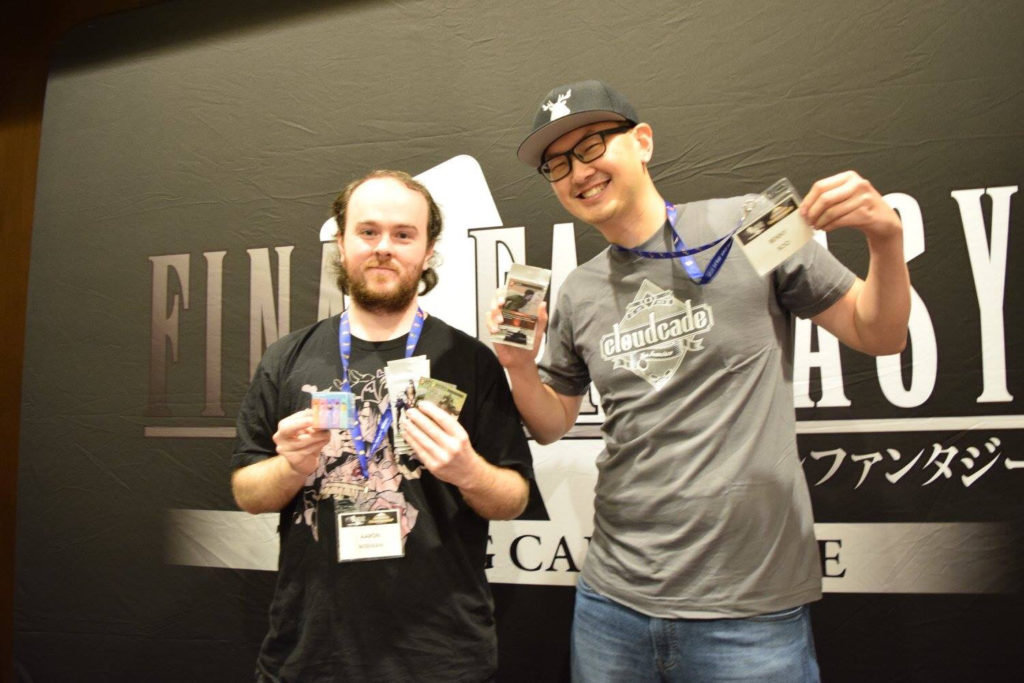 UPDATE 5 – 12/18/2018: I had to get the facts straight and it is now confirmed as of this date that playing competitive draft events will only have the following rules that are different from standard rules:
4-1. Limited
Special rules are used for tournaments held under the “limited” rules, such as “sealed” and booster
draft.”
4-1-1. Number of cards in a deck
The number of cards in a “limited” rules deck is 40 or more. There is no upper limit to the number. In
addition, there is no upper limit to the number of cards of the same serial number that can be
included.
4-1-2. Changes to the maximum damage limit
Under the “limited” rules the game ends once a player has inflicted 6 points of damage on their
opponent.
4-1-3. Booster packs used
Under the limited rules, tournament organizers will prepare sealed booster packs and distribute
these to the participating players. Players will not be allowed to use packs or cards that they have
brought themselves.

This means the belief of playing backups with any Element CP is incorrect for competitive draft events. 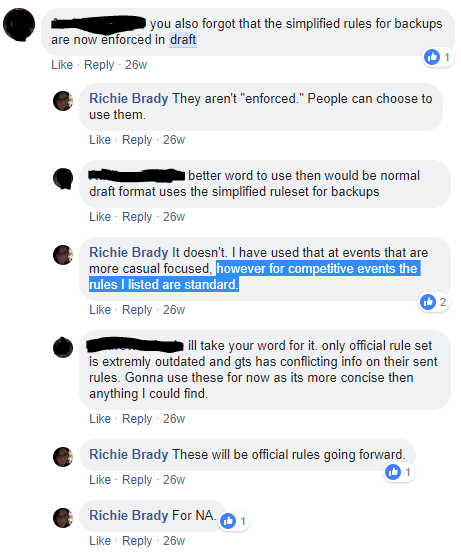 UPDATE 7 – 12/5/2020: I added a section for All-Star Draft rules from the official FFTCG Japan website: http://www.square-enix-shop.com/jp/ff-tcg/rules/index.html

First the official Draft rules from GTS Distribution (USA) are as follows:

DRAFT
This limited format is the most popular and recommended for the Final Fantasy TCG.

* Draft can also be used in a small scale Swiss tournament with 8 players and 3 rounds.

In addition to the above rules here are more Limited specific rules:

The official tournament rules for Draft and other formats can be found here.

ALL-STAR DRAFT (Translated from official FFTCG Japan)
An All-Star Draft is a special draft made using cards different from the Booster Draft.

Click here for a list of cards used at official events . * This list is current as of “Opus XII” (last updated: 2020/12/01). * The contents of the list are subject to change due to balance adjustment. <Special rule> * This rule is common to shield and booster drafts. 1. Build a deck with 40 or more cards. Any number of 40 or more will do. 2. There is no maximum number of cards that can be placed in the deck. You can put as many as you like. 3. You win if you deal 6 points of damage to your opponent.

I have played the draft format for FFTCG about 6 times now and numerous times in other games like MTG and L5R. There are very key differences if you are coming from MTG. Below I will highlight some takeaways and tips:

When getting ready for Draft Day at your LGS, consider the following:

Good luck with your drafts! May you avoid pulling double Legendaries during your draft! 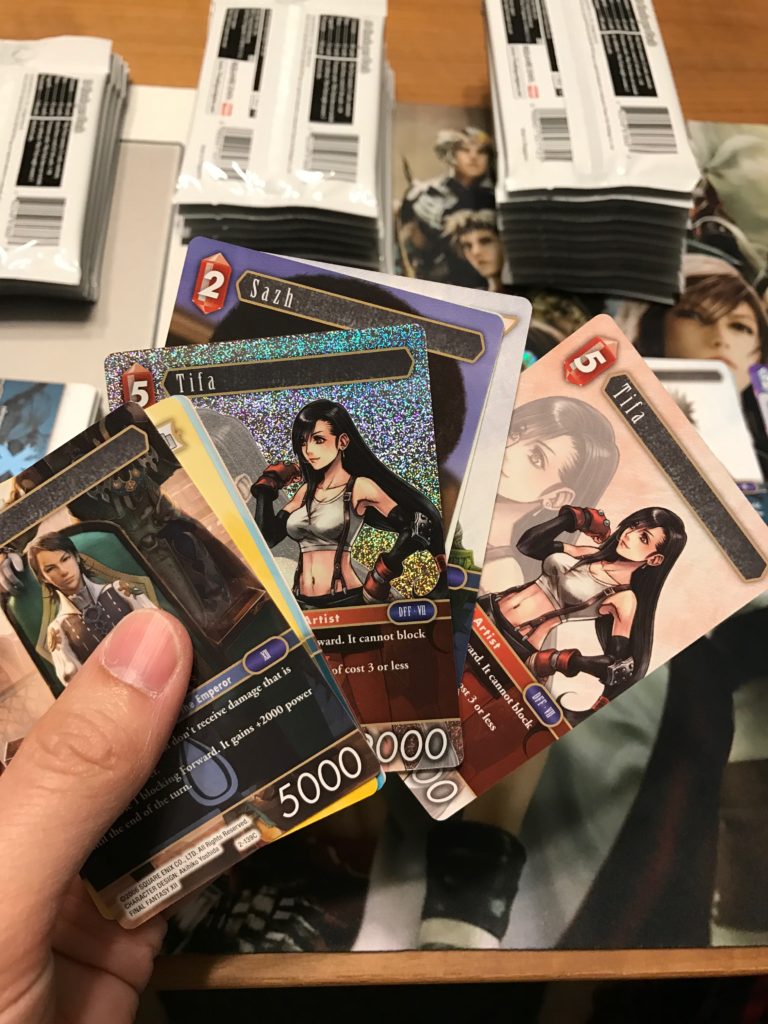 Let me know if you have any draft tips and strategies in a comment below!