The Crunchyroll Expo was a blast! It was everything I imagined it to be. Lots of vendors with anime goods, cosplay beyond cosplay, friendly people all decked out in anime related gear, and things to see and do. One of my main reasons for going was to check out Yoshitaka Amano‘s art gallery and rumors of a Danmachi mobile game from my former company GREE!

We started the day at the expo with a Puzzle Hunt from Bandai Namco related to Dragon Ball Super! For those that follow my other posts, will know that I am keen on trading card games like Magic: The Gathering, Pokemon, as well as the newer released Final Fantasy TCG. Dragon Ball Super was a newly added arsenal to my TCG hobbies so I definitely got through the hunt to acquire a promo card and this nice picture of success: 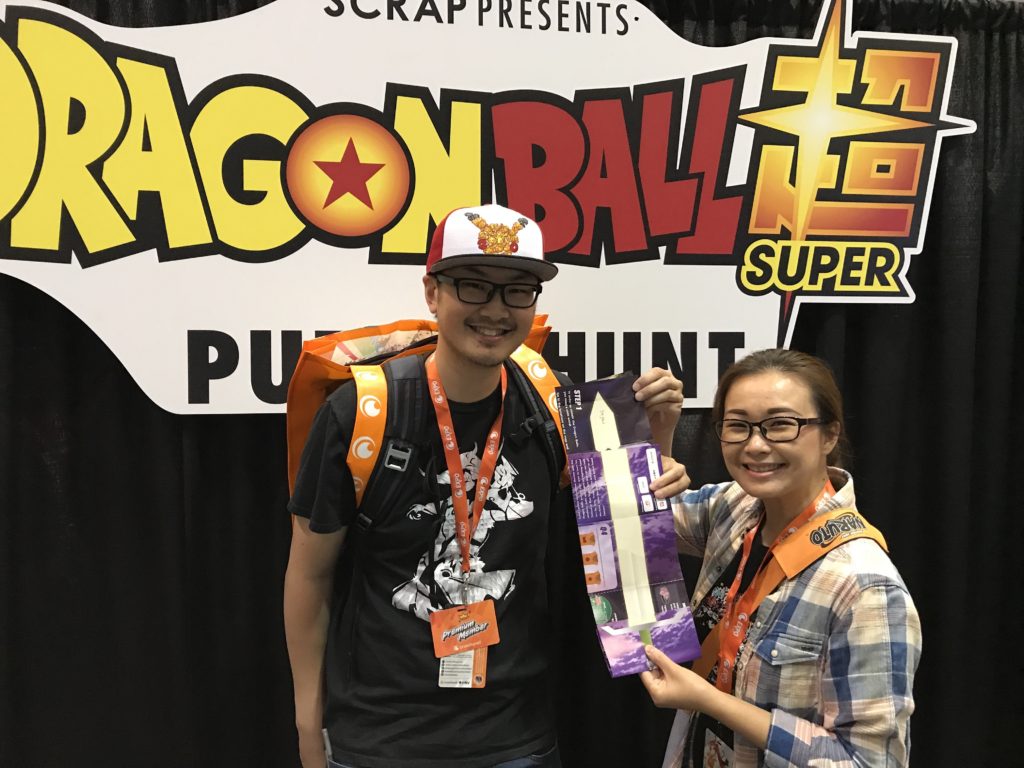 After we roamed around taking random pictures as we walked by cosplayers such as these: 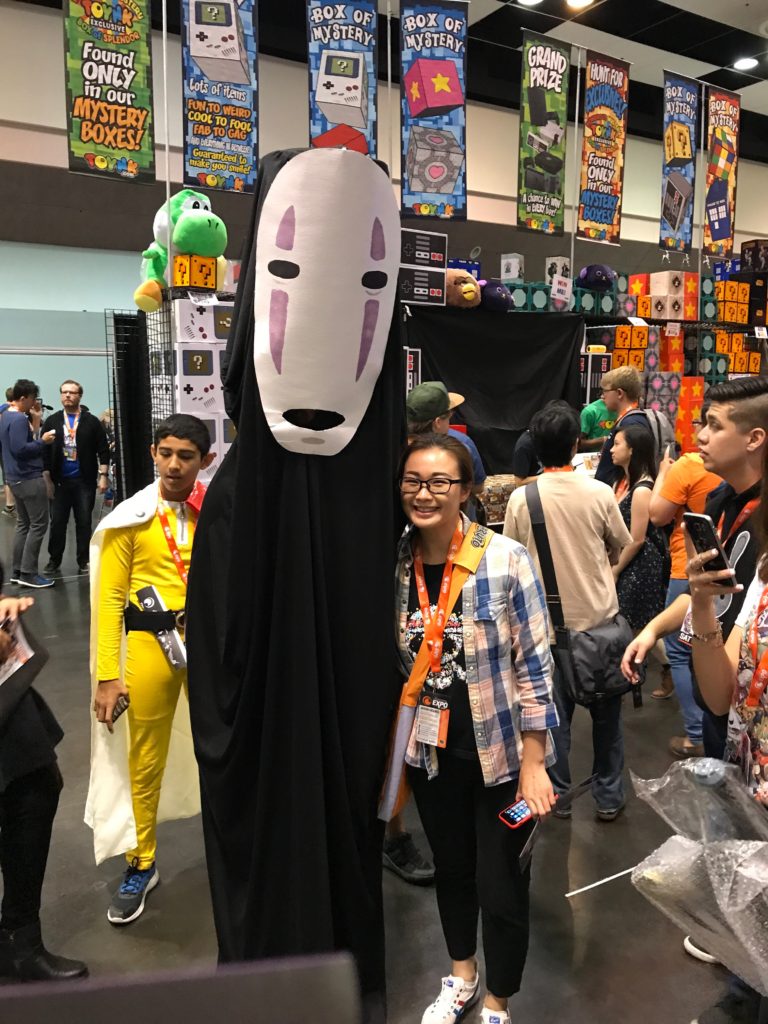 We watched panels about food in anime with the hype for the next season of Food Wars. Soma and Erina definitely are my favorites in the anime!

After the panels, we trekked through the beautiful display of Amano’s artwork. I had to stop and take a picture of my favorite Final Fantasy character, Terra:

After roaming the artist hall and shopping for a bit in the official Crunchyroll store we concluded out trip. I look forward to the next Crunchyroll Expo in the near future!