I recently visited the pop up for Aggretsuko: Den of Rage in San Francisco. For those who don’t know… Aggretsuko is one of the newest Sanrio characters that was introduced not too long ago. She is a hard working red panda that is into death metal karaoke during her after hours. She is quite cute and even has her own anime series on Netflix!

The pop up was located in the TOTO Concept store in San Francisco near AT&T Park and tickets were being offered to get into the event. Here is a picture of me standing outside the event posing with small eyes! 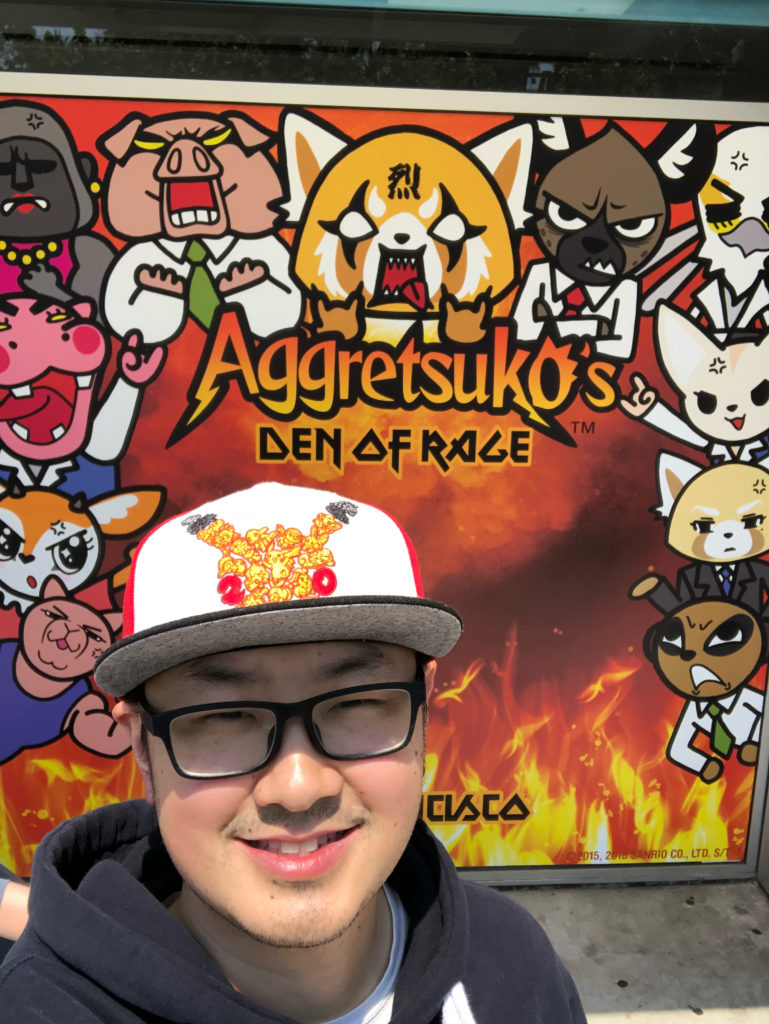 The pop up store itself was quite small but it hosted a handful of cute little trinkets and plushes. I saw them selling backpacks, plushes, toilet paper rolls, skate decks, tote bags, hand bags, shirts, hoodies, and even $10 chocolate bars! Below is a quick snap of what kind of goodies they had: 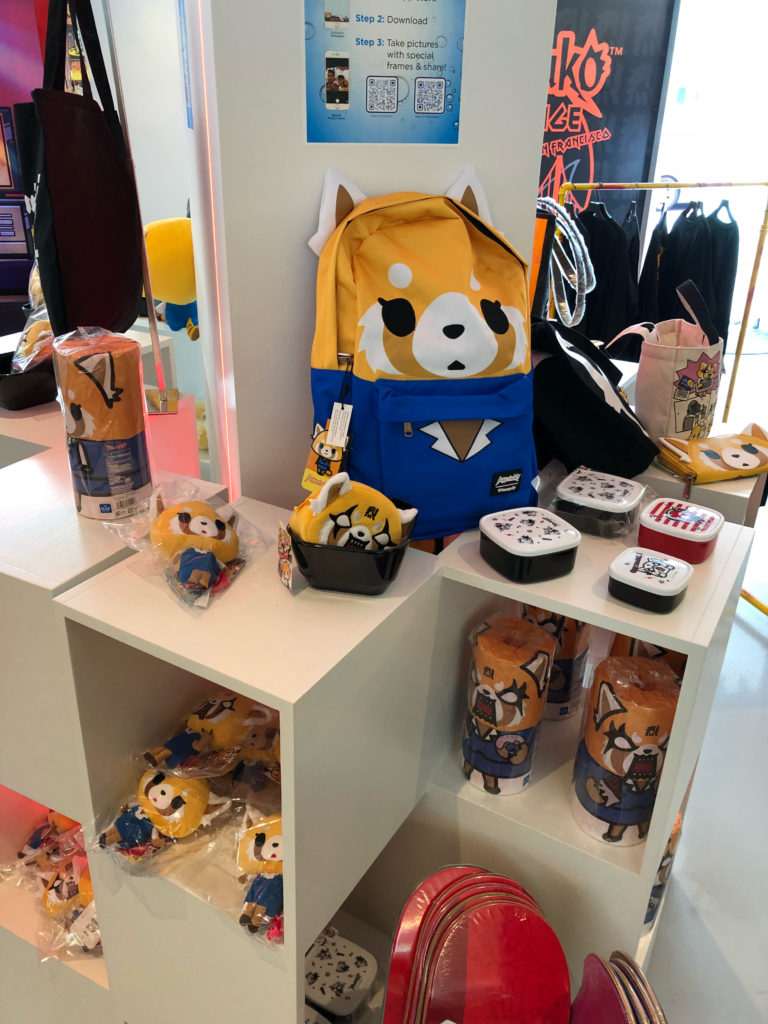 Inside the pop up there were various scenes where you were able to take pictures or selfies in great fashion! 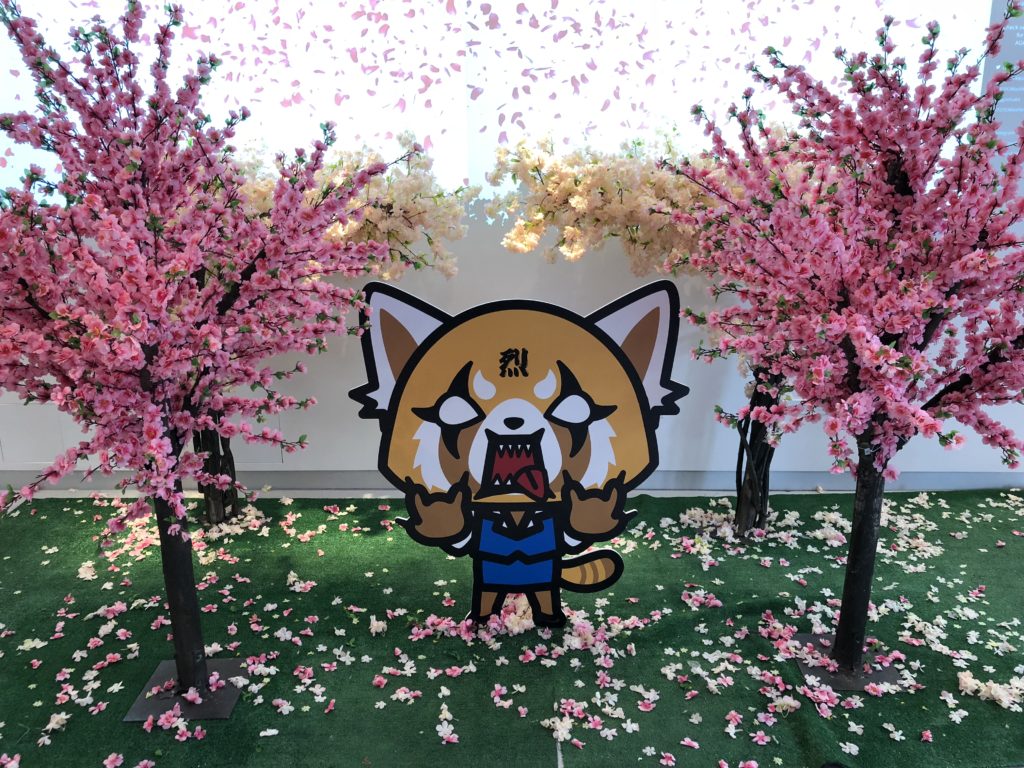 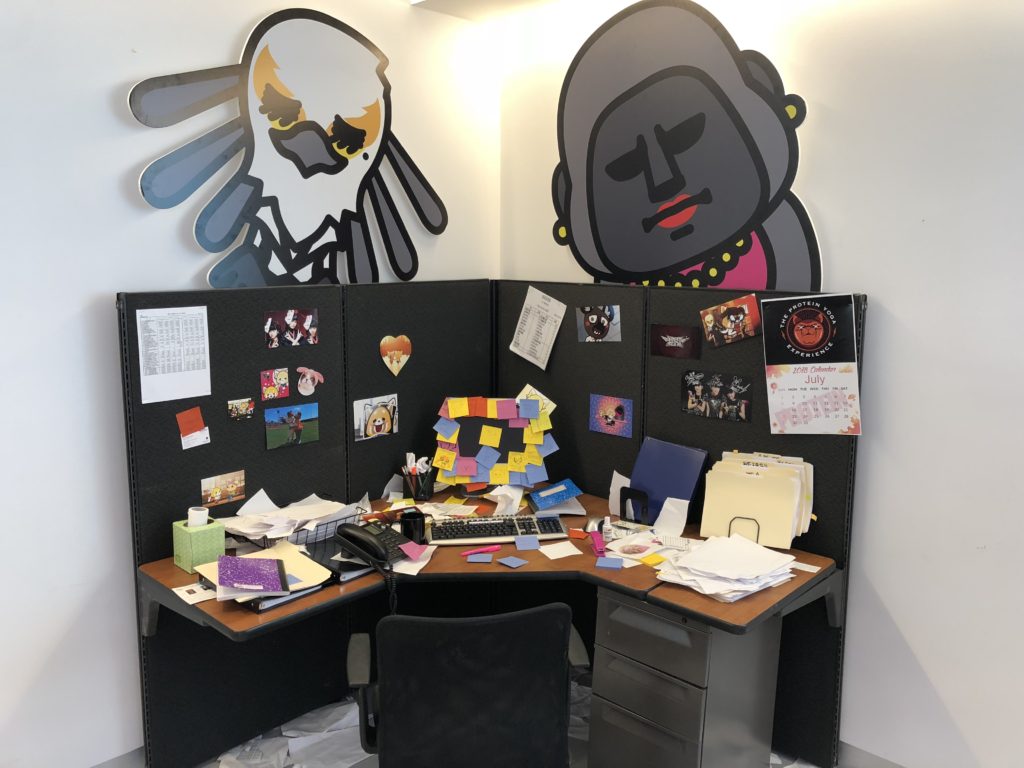 I ended up buying a little momento for my little daughter and also was gifted a nice lanyard! 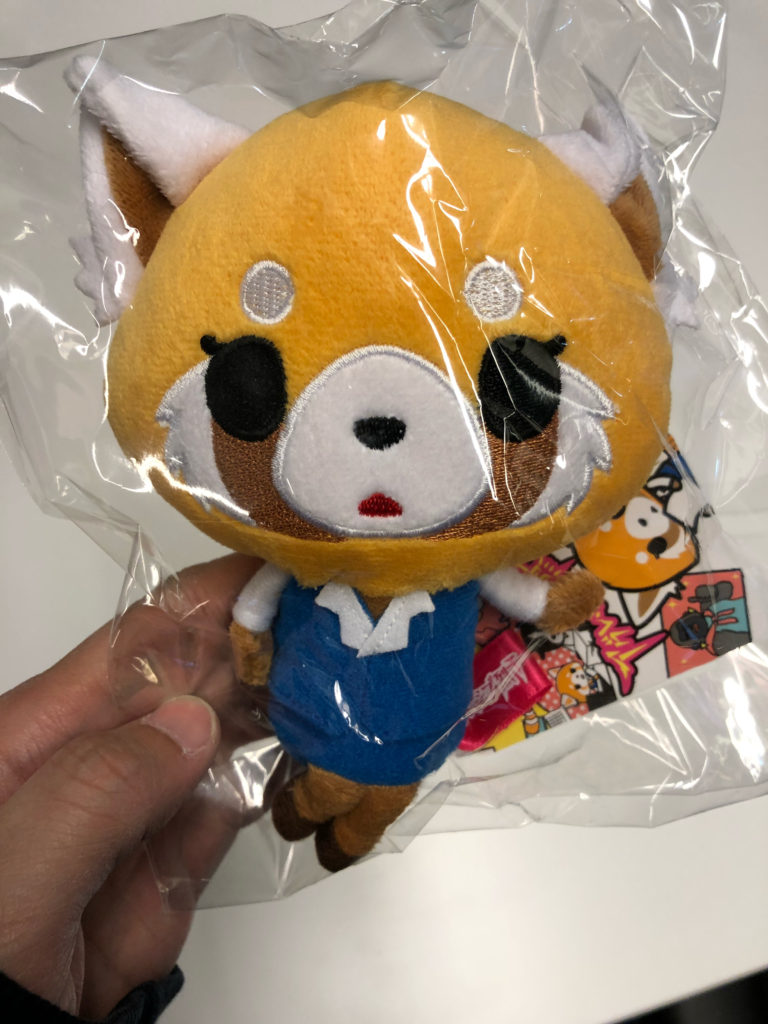 For anyone that wants to find out more about the cute ragey Sanrio character check out these links below:
Sanrio
Netflix
Den of Rage